Seeing as Autism Awareness week was 2nd - 8th April, I figured I'd get round to sharing a story with you all on how different I truly was as a child during my preschool years when my Aspergers was discovered. I know it's late in the month but some things have been happening which I'll get round to later on. Plus I've been spacing out on doing anything on here to take some stress off, but I have loads to share and write up about during the end of this month and during May (depending on how things go).
Here I recap small memory fragments from when I was about 6 years old, at St. Leonard's Preschool.
I can't really remember as far back or further than this time in my life. I mean I can't expect myself or others can't expect me to remember what it was like coming into the world, right?
However, it was during this time that my Aspergers was discovered by my teacher (as I explained here).
My preschool St. Leonard's School used to be on Oxford Road which is not that far from home. I had no worries, Disney and Dinosaurs were the talk of the playground and I always played with other children, it was a pleasant time in my life. There were no bullies and everything was fun. 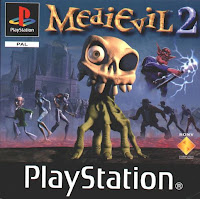 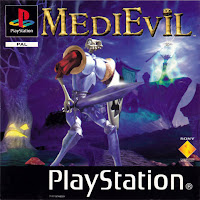 My mornings consisted of going to my childminder Fiona with her teenage son, Josh, her daughter Sophie (who was 2 years younger than me) and baby Karen who sadly had a breathing problem back then. Every morning, Mum took me to hers as she headed to work and then shortly after, Fiona would take us all to school. I spent the mornings watching children's cartoons like Moomins and Pingu etc with Sophie and if I was lucky, Josh would let me in his room and let me watch him play MediEvil. At first, I was so shy during the first meeting because I was a stranger in another families house. But over time, I began to relax a little but I got a little worried when Karen had her scary moments but I'm glad to this day she has pulled through and so has Fiona. Plus Sophie and me during our lives have spoken a little but we both still remember those days and say hello when we pass by at school and nowadays during nights out. 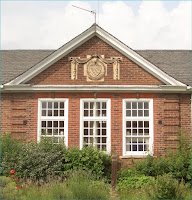 I remember the school vaguely, I can just about draw out in my head what the hallways had on them and where some of the classrooms were at. It's like I can re-enter my body from back then and see it all again like a memory experience. I'm much better at mapping out my Primary and Secondary school much better.
For safety reasons, I've decided not to upload any pictures or search for any of me since there are people on the internet who like pictures of children. Think I'll do one for my next one or wait till the Secondary School post (I look more awful in that one) haha.

I can't remember much of my school lessons that well sadly. My favourite teacher and the only teacher I can remember is Miss Pickersgill (now called Mrs Russell). She was the teacher who saw Autistic traits in me. She's the lady who saw my condition first and made my parents aware of it. I explained it here a while back. But I also remember our kind headmistress, Miss Pike who shortly retired during my time at my primary school.
But I do remember distinctly playing the Reader Rabbit's 2nd Grade PC game on the computers. I loved the obstacle run game (15 mins into the video) and it was my favourite game that I can still remember perfectly. I admit now that Sam the Lion's "yippee" and "whoopee" are cringe since who says that nowadays but it's nice to look back on playing a game this old.

One thing that I remember distinctly but also regret not following through, is that my closest friend during my time there was actually a girl whom I recall was called "Joe Bell" or something like that. I don't know if that was her forename or full name.
She liked me very much and I liked her. She'd always ask to sit with me in Miss Pickersgill's class or play with me in the playground. She had curly light brown hair and a gorgeous smile. We were the best of friends.
This sounds like a cute love story, but like all things in life, it has its time.
After we finished our time at St. Leonard's, I never heard from her ever again. I guess she went to a different Primary School to me, and we weren't old enough to share house numbers and nowadays children have it easier on keeping contact through mobile phones and email.
Mum and some other say to me "Why not look for her on Facebook?" Oh yeah, that's easy to search for a name like that or similar and search or ask for pictures of you at school to see if she's the one... Nah it's history now and that's all it'll ever be.
I guess a sentimental view on it is that before things got complicated between me and women as teenagers, I did have a girl friend even if it's innocent and simple compared to nowadays where I'm trying my hardest to find someone and make me feel whole and special to someone and only her.

After school, I'd get picked up and taken to my Godparents Andrea and Dave's house with their sons Toby and Joe. I loved those afternoons so much.
I had a routine that I followed through without fail every afternoon which also consisted of walking the dog with Andrea around Beech Road Field, Colgate (where I trained for Tough Mudder).

I'd then after doing my homework get round to watching Pokemon, Digimon, Mighty Morphin Power Rangers, Dragon Ball Z, Goosebumps and The Zack Files religiously on Fox Kids (how many of you remember that TV channel from 1996 till 2001 before Jetix and Disney XD)? I was watching all these whilst eating my dinner, I took on the TV dinner thing at such a young age, it seems haha.
Because Toby was always out playing Football with his friends, I was allowed into his room to play his Nintendo 64 and play only a couple games like GoldenEye 007, Pokemon Stadium, Pilotwings 64, Super Mario 64, Mario Kart 64 and Legend Of Zelda: Ocarina Of Time. I wasn't that smart enough back then to fully get into games or play through them so I just messed about playing them without knowing the stories. The only game I was focussed on and playing correctly was Pokemon Blue on my Gameboy. I had all the same as Toby's games myself at home (except for 007, Pilotwings and OOT) but I for some reason felt awkward or I was just smart enough to respect other people's games and always turned off without saving so that I wouldn't affect their saved data.

Joe was one of my best friends and he was only 3 years younger than his older brother. After his homework was done (or so he told me), I'd join him in his room and play on his Sega Saturn and play Rayman. But I preferred the Playstation and be allowed to play Driver and Grand Theft Auto (look at me trying to be a badass). I was allowed to play his PS1 Demo Games including The Pink Panther: Pinkadelic Pursuit, Quake II, Tarzan and a game that I've been trying to remember ever since called 40 Winks. I could only remember it being a game where you play as a "kid with a candlestick at night-time game" and I only remembered it 3 months ago at last.
If we weren't playing games, we'd be downstairs watching my shows or some others including the brilliant Jurassic Park film and the Extreme Dinosaurs Tv series on Carlton (that takes me back).

This part of my life is pleasant and despite not remembering much, everything I've been explaining has flooded in a wave of memories. It's like I unlocked a treasure chest containing trinkets, photos and bubbles of all the fun I enjoyed as a little one. 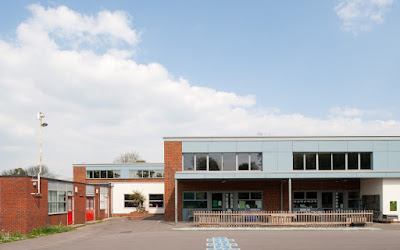 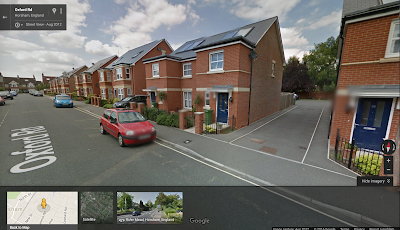 St. Leonards School ended up being demolished back in 2006 when it merged with Chesworth Primary School and would then be renamed as Kingslea Primary School. Ever since then, Oxford Road has replaced the site with a row of semi-detached houses and flats. And most times when I find myself walking back from town and sometimes taking a detour down that road again, I can still faintly hear children laughing as if we were all still playing during the good old days (that sounded a little creepy, somehow).

Even if this didn't explain much on my condition, this is actually the first in four parts reminising each of my school lives. My next one at Chesworth Primary School I shall explain a lot more on what was going on in my noggin and how my attention was harder to grab, let alone learn the necessities so easily compared to everyone else.
Trust me, give me like a month or two to write up one after the other and you'll be in for a real learning experience when it comes to discovering how I've grown up and matured (that's debatable).

So thank you for taking the time to read this little teaser or scrap notes on my first school story. The next one will have more to tell!
Posted by Josh Grahame at 07:00

Email ThisBlogThis!Share to TwitterShare to FacebookShare to Pinterest
Labels: Girls, Life, Me