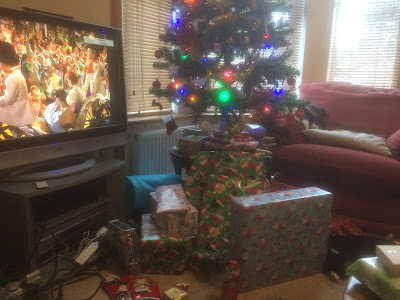 Christmas is a great time of year where everyone makes the effort to get together and buy gifts for everyone out of generosity and kindness, it's why I love this season a lot. Even if it's all stressful on the workload, limited time on offerings and prices go up, I still always do my best to buy meaningful and personal gifts for friends and family. Here's my Christmas 2016. 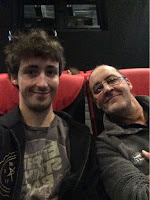 I pretty much spent all of December doing my Africa Trailer and Video, but I managed to fit time in for shopping as well as taking Dad to see Rogue One: A Star Wars Story (or was it the other way round?)
Absolutely loved it despite the sad ending but we both found it much better than VII because it went back to the Original Trilogy and had many surprises.

On another note, it's awfully sad to have heard the news of the dame from the Star Wars beginning, Carrie Fisher passed away on 27th December after suffering a cardiac arrest. 2016 has been an awful year of celebrity deaths but it's inevitable and all we can do is treasure their work and their existence during our time! Though I do shed a tear when I watch the ending of Aladdin due to Robin Williams passing as he was an idol to me.
Carrie Fisher will forever be remembered not only for her comedy roles but for being the badass princess of a Sci-Fi saga! I hope she will feature in Episodes VIII and IX and be credited quickly in the credits (compared to Heath Ledger's minutes later tribute in The Dark Knight credits)...
May you be one with the Force forever! And the same to George Michael who passed away on Christmas night. Dad was so upset when David Bowie died in the beginning of the year :( 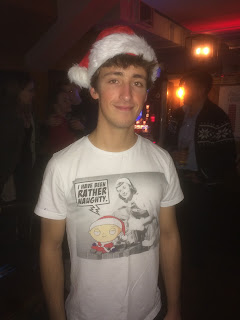 Christmas Eve's eve was an... eventful night out. Which I won't go into detail about since I ended up saying something without thinking and got into a lot of trouble about on Christmas Eve. I learned a lesson in not being such a push over but also seriously learned to think before I speak when I strop home after having a bad experience on a night out... 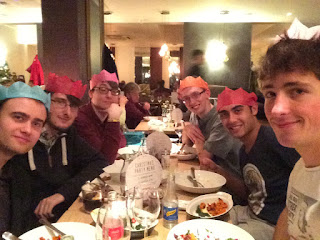 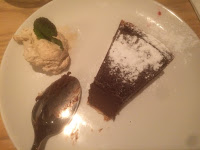 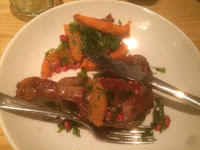 But on the other hand, I had a great reunion catchup with the nerdz Lewis, Jimmy, Owen, Neirin and Mark (all guys I've known since Forest) and we all ate in Strada. It was good to see em all after nearly half a year, loads of laughs in the evening before I headed off to go and find another group of friends to continue the night. I had delicious Roast Duck and a Chocolate Tart, yum. 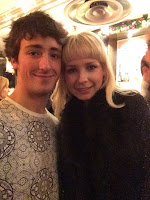 But Christmas Eve's night out was a lot better and more chill. Plus I bumped into a much better lady Libby from the gym and is also the owner of the Flowers and Such Floristry in Copthorne! We were all out till 1.30AM and I gave people lifts home and managed to upload my Africa Video to YouTube and send it off via Google Drive to everyone too by 2.30AM and then collapse into bed. I'll be seeing them lot again for New Years Eve! 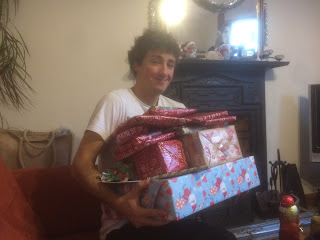 Last year after a long Xmas eve night, I didn't wake up till 11AM (who does that?) But this year I woke up for 8.30 and we all opened our stockings first but afterwards before getting round to Xmas cheer, we had a different intention first to take care of. 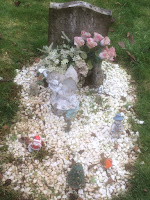 Lauren would have been 21 on the 28th December (if she had survived but if she did, she wouldn't be the same...). I honestly wasn't expecting this on Christmas Day but deep down, it felt righteous and honourable to head over to the cemetery to decorate her grave with Christmas decorations (as well as clear off the autumn leaves). 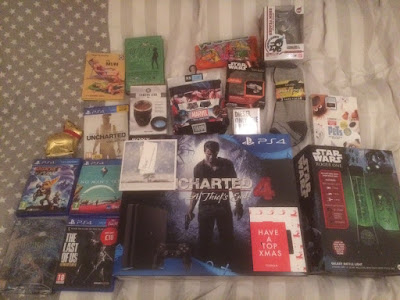 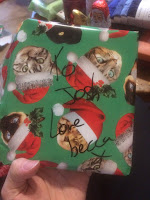 We didn't get round to Christmas presents under the tree till near 2.30PM which is a whole new record in delay time and I actually almost knew of everything in my name since I ended up purchasing it but I got some nice surprises from the others too. And I went all out on them too since I like to give to those I care about. 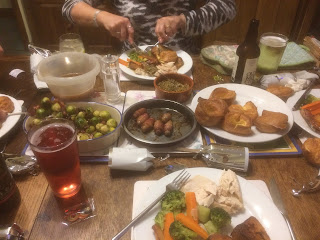 I unexpectedly ended up watching It's A Wonderful Life which got me real good during he ending as I was sobbing happy tears like watching The Fault In Our Stars or The Land Before Time ha. I knew vaguely of the film's plot but wasn't expecting a blessing ending like that. The message in the book made me choke up with happiness and is a good reminder for those with Depression (more on that in my end of year post).
We had a great Christmas Dinner cooked by my amazing Mum. 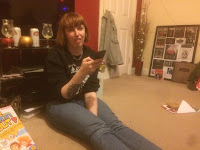 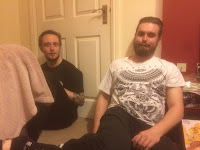 And in the evening, I went over to Aimy's house (whom I have been jogging and training with her mum Claire and Aimy's friends - Ryan, Ikin, Simon, Phil and Nicola. We all played the Speak Out game (with the dentures) and we kept drooling whilst laughing at our words and expressions, not to mention our complexions ha. 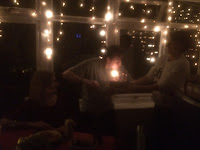 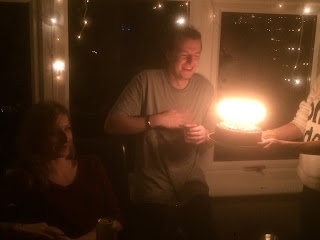 We all sang Happy Birthday to Simon and had a nice Chocky cake that Aimy made for her bf. 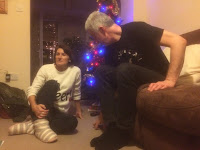 I'm so happy to be friends with them all and to volunteer with them all in 2017 at the Nuts Challenge and then do it with them later on in the year (it'll be my first time with them, and I'm so excited already). I wonder if I'll still be fit enough to do my 3rd Tough Mudder and maybe do a Spartan Run, too?! I thanked everyone for having me round and then I gave Ikin a lift home. 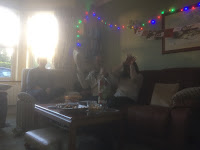 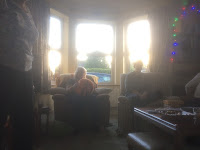 Boxing Day is one of the best days of the year because I get to see almost all of my Mum's side of the family and I get to be my real self around everyone (hyper, crazy and fun) with no worries for the rest of the day. I love everyone and they love me! 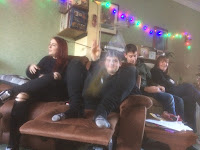 It's a very chill day over at Nana and Grandads in Horley and later on in the afternoon, everyone unwraps presents (I'm over 18 so I've had my time of gifts but I still get a money card from my grandparents). And then the wrapping paper WAR begins! >:) 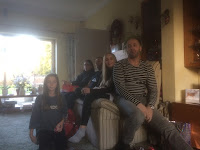 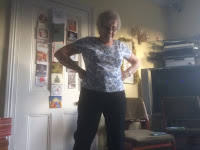 One grandchild ended up getting a Crossbow (as you do) and we all took turns shooting down the front room on the dartboard (not on people!) I loved it! 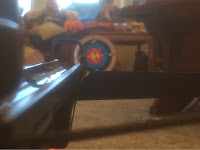 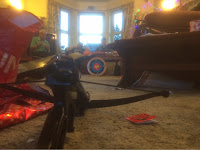 I love this day because all the other cousins really like me as I do with them and I can chat forever to them as well as listen to whatever they wanna talk abut to. 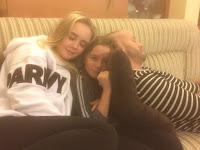 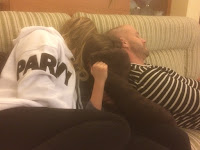 I miss those days when I was 15 and everyone else ranged from 4-12 and I felt like Peter Pan and the Lost Boys and Lost Girls (I still do feel that way deep down) *crows*.

I hope you've all had a wonderful Christmas and Boxing Day! I have a lot to get off my chest on my New Years Revelations post as well as share the New Years shenanigans and dictate my solemn promises to help change me from no longer procrastinating from learning IT but to also try and improve my Mental Health by confusing feeling but not names!
Posted by Josh Grahame at 07:00