8 Weeks With A New Haircut 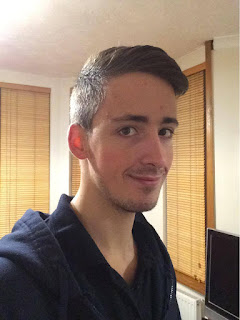 8 Weeks ago, my sister Rebecca and her friend Francesca said I'd look good with a new hairstyle that they both chose for me. And ever since, I had loads of compliments, been getting more noticed and people saying it suits me. So I've been waxing, styling and combing (not too vainly) and been enjoying how short my hair has been and how one little change can make you look and feel more older and cooler than before!
This short post is just a little something to share whilst I'm writing up my big Milano Relay Marathon that I did last weekend.
And it's a big step forward in both trying out a new hairstyle and going to a barbers to get it done. 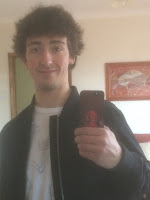 The ladies suggested that I'd go to Horsham DUO which isn't far from my house to town. And I remembered that a woman I've known since Chesworth called Hannah works there too. So I asked her on FB if I book with her, to which she said to come on in to meet one of the male haircutters.

So on the 9th February, I met Dan and really got to know him within my session. I learned he's a good confident man who I learnt had an Autistic brother (after I'd mentioned I have mild Aspergers in the first place). It really helped break the tension of me being in a new place and just being able to share my life, interests, plans and thoughts with him. Plus he was curious as to my Autism levels as he was telling me about his brother's relations to my Autism level and how he enjoys similar interests and behaves differently to everyone else.

I got a 2 down the sides (which make me feel like I'm stroking a short haired dog) ha, and a bit of a fringe and crown layer on top so that Dan could show me how to achieve the style in the picture. I learned to use Grooming Wax when my hair was damp, straight out the shower. And to use a Vent Brush and the cool heat of a Hairdryer to achieve the comb over and hold the hair in place.
I've been using VO5 Grooming Style Wax and it's worked wonders on keeping my hair still and the wind barely ever manages to mess it up.
It felt like the right call and a far better than expected session to make a new friend who helped alter my appearance and for the better! 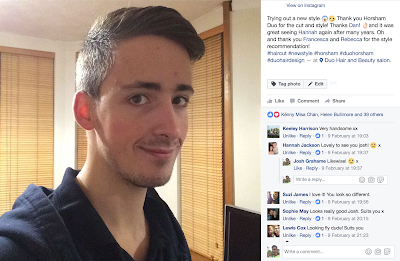 Ever since then, all my friends on Facebook and in person have been amazed by my transformation and I too feel more grown up and look a bit more like the young adult audience with similar haircuts of today. I admit that it took a week or so to get used to the change as well as feel that cold breeze touch my head frequently, but as the morning routine began to pick up, I've found it to become 2nd nature now. 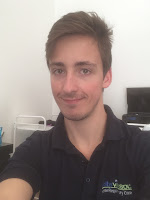 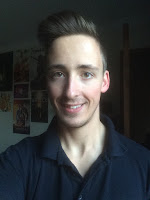 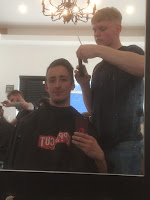 And yesterday, I'd gone back for my 2nd cut as my crown was too thick to keep it brushed over one side. I also discovered that the men had moved into a workspace next door so that there was more room (I asked if they'd lost a bet or something) ha.
And now I'm back to looking like a good looking Josh! And I think I'll keep it this way from now on!
It really goes to show that a little change can go a long way with confidence. And I think this new hairstyle suits me and is in a way, a makeover for myself as it makes me feel more confident and positive like the behaviour I've been feeling this year so far and I aim to keep it that way too!

As for now, I'm heading out with my longest friend Liam to go and see Kong: Skull Island tonight and then this weekend, I'm gonna finish my Milan post whilst also watermarking many of my photographs from Africa and other projects so that I can create an AsperJosh Blog Facebook Page and an AsperJosh Photography Facebook Page as well! Because I have something AWESOME coming up soon and it'll be a good step forward in hopefully doing Photography as a side project business someday!
Posted by Josh Grahame at 19:00