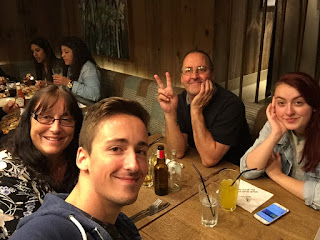 My birthday week has been mixed and eventful but the weekend ended on a good night out in Brighton. And I did enjoy a catchup with my old group whom I haven't seen since last October's Tough Mudder. Anyway, here's what happened in the first week of June.

I've been meaning to upload a post on me celebrating 3 Years On The Road but unfortunate circumstances have delayed that and caused some quarrel over tyre replacements and delivery delays. But I did end up having to do my Car's MOT on my birthday (6th June) annoyingly. I headed to Copthorne Motors in Manor Royal and ended up waiting 2 hrs and had to pay £95 for a replacement part, fitting and paying for MOT, yay...
Then I had a near death experience as I was driving back home and a False Widow Spider decided to spun down near my face from the windscreen, I nearly crashed the car. I swiped it away, pulled over and had to wait 10 mins before feeling brave enough to continue driving home then hoover that bas**rd up from near my accelerator.

As for my birthday evening, I was chuffed and super grateful to all 100+ Facebook friends and family for wishing me a Happy Birthday. Shame some others didn't since I've wished them one for a couple years, but then again some people are too busy, forget to and don't really mind giving or receiving birthday wishes.
I got some money from the family and they treated me out to Nando's for the evening. That really made the evening and we shared some laughs and spicy chicken. I had plans for the Saturday to head down to Brighton with some friends to really make the most of my 24th. 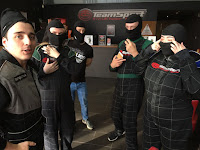 2 days later, I joined Liam and the group I've known since first year of college because Rich invited us all several days earlier to do Go-Karting together on the 8th in Crawley.
I was a bit anxious to see them after a long time since I didn't know how to act after not seeing them all from all of us being busy and stuff. 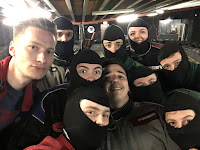 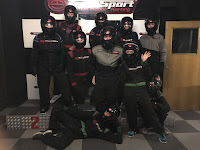 But I think they enjoyed seeing me again and we all brought out our competitive sides as we burned rubber and bumped around the track twice. I came 8/10 on first circuit and 6/10 on the second (even though I crossed the finish line first, turns out it's your speed they rank you on) X(

And we drove in separate cars afterwards down to Crawley Leisure Park for a cheeky Nando's. And after a good night, planned to meet up tomorrow night to watch Wonder Woman (which I highly recommend and I might write up a review soon). 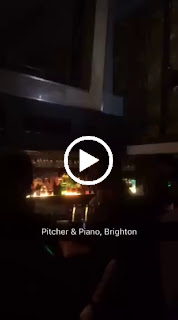 And as for Saturday night, I made a FB event for 20 of my friends and myself to head down to Brighton for a night out, only 6 turned up in the end and still made it a great night! Matt "Franklin", Becky, Stuart and Ben were my squad for Saturday night and Franklin and I decided to wear our new waistcoats that we got back in March. We got the train down for 20:30 and got a drink each at Three Bridges where we swapped to take us down to Btown (I tried Captain Morgan Spiced Rum & Cola which is now a new drink to enjoy). 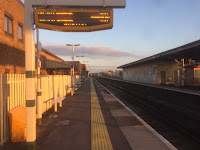 We made our way to the first pub that Stuart knew I should check out called Pitcher & Piano. That place was actually pretty alright, I liked the forest wallpaper above us and I enjoyed a Strawberry & Lime Rekorderlig whilst we were waiting for Vanessa and Jimmy (October Comic-Con friends) to turn up with their friends in a bit. I was most pleased that they turned up in a bit and I got to meet their friends too. The music was amazing, it was remixes of songs from the radio, I spent a while Shazaming the tracks ha.
As we stayed for an hour catching up since October and Franklin's Gathering on 15th April, Franklin instructed Vanessa to take me to the bar to surprise me with a Tequila slammer... Thanks XP And soon after, we headed off to the next place on their list. 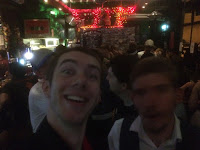 Next was a weird hipster but cool graffiti wall place called Sticky Mike's Frog Bar which looked like Horsham's Mungos Bar only a bit bigger. 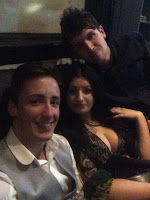 I quickly chugged down 2 Jaegar Bombs and gave Franklin my 3rd because when as soon as I turned up to his thing in April, he welcomed me with one and we did one each together.
The place was alright but I was already feeling a little tired even with it being just past 23:00 after a long week of hard work and late night sleeps.

The music was good since it was mainly 80s hits and I only recognised Escape (The Pina Colada Song) and pretty soon, Vanessa, Jimmy and their friends had to shoot off which was a shame. But I was glad they made it since they were all down in Brighton for a couple days, and I aim to see those two again in the summer! 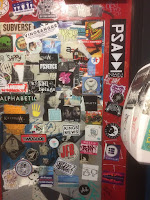 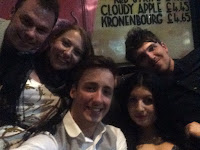 By 00:30am, we knew we had to leave if we wanted to get into a club for the rest of the night. So we wondered down to the stony beach and went into Shooshh which was a great place to spend the last 2.5 hrs there. 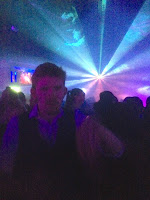 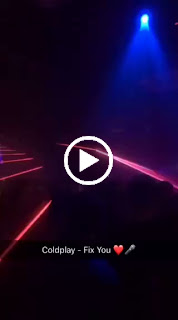 Stuart bought me a Vodka n Coke since I gave him some change to get in after passing security. That place was jumping and lively with great music across the night. My 2 highlights of the evening happened with the DJ dropped 2 hits for 1min each. Firstly was a surprising emotional one when he asked us all to "wrap our arms around who we came with tonight" as we sang the first verse and chorus to Coldplay - Fix You (odd choice of song to which many would criticise negatively to).
And the other was the most unexpected Disney masterpiece I'd ever expect to hear in a club - The Lion King - The Circle Of Life! Sadly I failed to record it on Snapchat... ARGH! Franklin and I dropped our jaws in amazement for a sec before shouting out those world famous Zulu lyrics as loud as we could for the first 50secs of this all time masterpiece (shame they didn't get round to or even fast forward to the last chorus, like I'd hoped). Still I was so proud to have been there for a moment like that to now hold in my memories. Even more amazing since I've visited the Pride Lands with Matt as well and will be again next year! 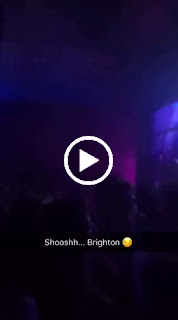 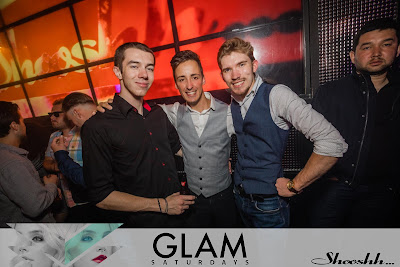 The rest of the time was a range of grime, house and remixes which were all superb and got us up on our feet, burning off the alcohol buzz and Ben, Me and Matt got a photo together from the photographer. 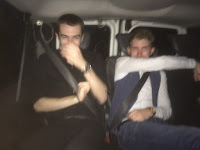 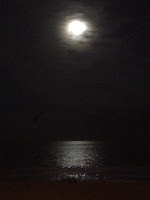 By 3am, the vibe was starting to turn down for us three and we were holding on barely as our eyelids started to want to close. Stuart and Becky were getting drinks but eventually by 3:30am, we decided to call it and we found a Taxi by 4am to take us back home as the sun was almost beginning to rise.
I thanked them all for the night and having a laugh in the Taxi back, definitely want to do this again in a month or so when we can afford it and it'll help build my confidence and get me outta Horsham more. Matt stayed at mine and we woke up at 11:30am, had a bacon sandwich (just what we needed) and we surprisingly felt alright thanks to all the dancing we did last night. And soon after, he headed home and we both enjoyed our Sundays and I hope the others were alright too ha.

As for this week, I've had a productive week of getting back to the gym for 3 days as usual and still just about managing to continue from last time's sessions from a month ago. Feels so damn good to still achieve results. So my 24th has been pretty damn good and I have no idea what I'll be doing for my milestone 25th ha.
I hope you're all enjoying your June and I have some more posts to come over time cause I'm relaxing a lot more after Con which is why I've been slow on posts here. But don't worry, more to come and some delayed ones too which are always "better late than never" right?!
Posted by Josh Grahame at 12:00