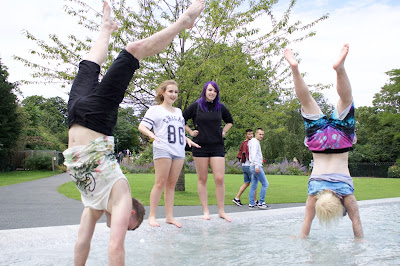 The first weekend of August was one of the best Saturdays I've had all year and is one of this year's biggest highlights. Thanks to Ash and Ben for an incredible day out in Hyde Park with other Comic-Con fwends I know too and I felt so equal to everyone during the day of silly shenanigans.
Nothing but fwends, photography, nerds, gaming and wagamama goodness in the sunshine (with a slight chance of scattered showers) ha. This is my lift up from an anxious July and I got to hang out with amazing company outside of Con!
I've taken a long absence away from AsperJosh since my Birthday because I've been busy with photography but also unfortunately came under a tone of stress in July. Mum and Dad went on holiday to Greece again for the first 2 weeks of July (which they deserved 100%) and cause Dad and I work together, I did my best with Syd to cope.
And honestly, I was struck with a months worth of nightmares due to stress, anxiety and unknown reasons as to why I couldn't gain a full nights sleep without waking up at 3am so easily and routinely. I also broke my gym routine for a month (which I've managed to regain) and just saw everything negatively and was overthinking everything so much. I almost thought it was Psychosis but I'm fine now. I began to learn during end of July as I slept better and work, life and routines came back into play that all of this happened not because of a bad life or person but because things happen and I managed to endure it all and came out on top to the Josh that my friends like and value!

And thanks to this Saturday which I was so blessed to have been invited to, I had a sensational time catching up with people who saw me as who I really am, and I was able to be my real self and not have to come across as something else.
Anyway, onto the sh*ts and giggles of the day!

Ben made this event 2 weeks prior and we all made plans and got stuff ready for our meet up in Hyde Park for the 5th August. I bought a Whistling Rocket and took Dad's Brighton Bears American Football with me and a couple drinks too.

So in the morning, I made my way up there all the way to Knightsbridge and whilst searching for Kyle, I saw the Royal Horses patrol through the Arch and after following them back to the park, I found him shortly after. And then we found the others in time after communicating which entrance to Hyde Park to meet them at.

Seeing Kyle, Ash, Ben, Tomas and Charlie again since May's Con and meeting Megan and Katherine was such a positive feeling and I was seeing them outside of the stressful Comic-Con environment too - Jamie was joining us a while later.

We wondered down the lake whilst capturing the recently released Unknown Pokemon on the Pokemon Go app (still playing that? I play it here and then).

Sunshine quickly turned into a typical London downpour for 20mins which some of us weren't prepared for since we wore summer clothes ha (next time I should bring a hoodie and jeans to be safe). But shortly after, we decided to sit down at the Princess Diana Memorial Fountain. 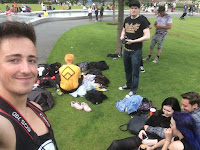 It felt really fun and crazy to mess about in the circle fountain (some guy even told us to stop), didn't stop us from enjoying ourselves and their were even children playing about in it too.

I'd bought my camera to capture everything and boost my skills and I became the photographer for quite the day of shirtless mischief and silliness, bet Jamie loved it when he turned up with his amazing camera too!
The lads were pleased I bought the balls *giggidy* and we even used the beer pong balls to race down the fountain rapids and I recorded the 2 races. It's hilarious how my ball won the first race and I called it "Here Comes Autism!" haha I'm sorry but that's funny (learnt it from Ted 2).

And after the race, our last 4 friends showed up Lucy with Joe and Kieran and his mate.
The guys were quite acrobatic and Lucy and Joe were good people to talk to about Metal music.

I managed to capture a lot of epic and slightly gay pictures as did Jamie haha and I got cute couple photos too. And even managed to achieve fast continuous motion pictures of the guys doing parkour over Kyle as the wall ha.

I'm really starting to get an act for this photography stuff and look forward to turning it into a professional business in a year or so!

A couple hours later, we decided to head on over to Kensington's Wagamama since we couldn't really bring BBQs with us to the park and we're all Anime weebz and love that restaurant anyway. 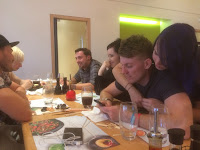 It was good talking to Jamie and Tomas about Photography since they are Pros and far more skilled at editing than me, they were really reassuring with guidance and tips and how I don't need qualifications - just practise, determination and confidence to get good as I can be!
After our grub, Tomas, Kieran and his mate had to head off and then Ben's friend Steve turned up to joined us for the rest of the day. 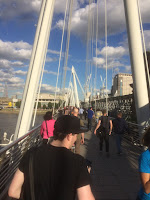 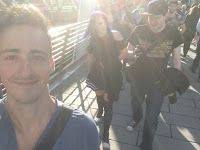 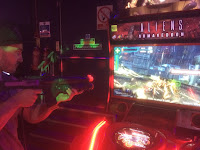 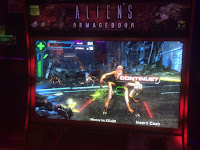 We headed over to Embankment cause Ben intended to take us to the Namco Arcade over near Westminster next to the London Eye. I've been their a couple times and love it for it's unique arcade collection and 3 floors including a bowling alley and a bar downstairs! 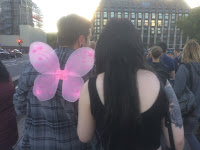 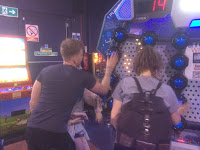 We all had a blast in there and most of us even went on the Bumper Karts (by the end of it, me and some others felt like we'd split our a**es wider) *ouchie 9000* Joe even won Fair Wings. 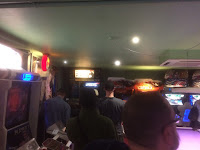 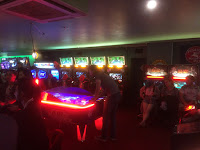 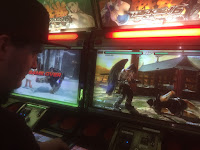 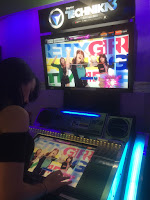 Next up was to travel all the way near Leicester Square where another arcade called Las Vegas but it was an underground one and had different games including some Korean Kpop dance machines and co-op machines that weren't just shooters. Jamie and I played Tekken Tag Tournament (he won obviously) and Ash played spectacularly on Expert level on the Korean Kpop dance machines. And I saw the others on racers, drums and slot machines too. 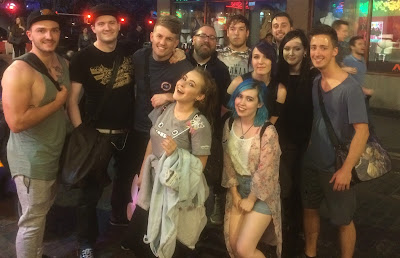 It was getting dark so we made our way to Trafalgar Square to sit down and chill whist capturing more Pokemon. As the moon came out at 9:30pm, some started to call it a day but not before I got a group shot of everyone to commemorate the day and add it to my album.
Everyone had different stations to get to for trains home out of London but I was seen off by Ash, Ben, Charlie, Lucy and Joe and thanked them all (as well as everyone else during the day) for such a wonderful day with amazing company and I look forward to next time!
Which might be happening earlier than expected after seeing Ben make another event for the 19th and some people who couldn't make it previously is available then and some can't. It's good that Ben and Tomas decided to not wait a year for it to happen again. I wonder what will happen this Saturday ha. 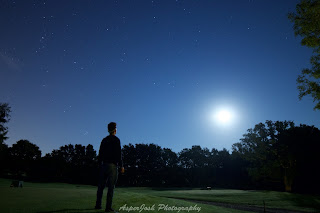 So I owe them all for helping make my Summer since I have no holiday plans this year cause I'm saving up - hopefully for Uganda next July with Matt and the others from last year and with Brett again too! It's scary but exciting, but more on that in time! However, I am intending to go back to the Isle Of Man in September during the New Moon week to achieve some Milky Way shots after purchasing my new and amazing Samyang 14mm f/2.8 Lens which helped me achieve a great Moonscape picture after not being able to achieve the Perseids Meteor Shower.
Since May's Con when I came home with a huge Cheshire Cat grin after an amazing weekend compared to past cons and mainly due to realising how equal I am to many in different groups and that's the same warm feeling I had from this fun and exciting day out!

And on the 15th August, Jamie uploaded his incredible photography of the day and he got a picture of me tensing and it's really blown me away by the detail as well as seeing just how strong I have become. I was so impressed and grateful that I made it my Profile picture and had a flood of positivity thats made me feel outstanding for everything that I am and have worked hard to achieve.

I look forward to seeing him again before October's Con so I can learn some Adobe Lightroom & Photoshop editing and get better at depth of field so that I'm ready for next Con!


I know I've fallen behind drastically on AsperJosh, but the good news is that I've learnt recently on how to upload posts on past dates. This means I can upload some delays posts from July instead of leaving it blank and actually this post was finished on the 16th August and I programmed the blog to upload it on the 7th August to help leave some space between the next day out. It's complicated but a good thing to have learnt how to rectify instead of having to put days and months of dead events in the blog title and annoying my Aspergers even more ha. SO I have some work to catch up on slowly and get back on schedule whilst continuing to enjoy myself and see what else is in store for this year.

Plus I've at long last started Game Of Thrones and finished season 1 on the 16th after 5 days of 2 eps a day. I aim to keep it up and get up to date in a month or two hopefully!


I hope everyone is enjoying their Summer!
Posted by Josh Grahame at 10:30

Email ThisBlogThis!Share to TwitterShare to FacebookShare to Pinterest
Labels: Girls, Life, Me