What I Have Been Up To (July - August Brief Recap) 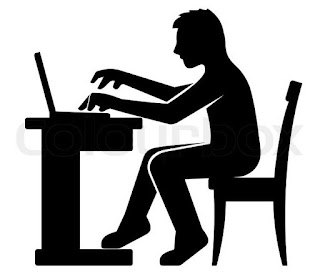 Some of you might have been wondering "Where has Josh gone to?"
Well truth be told, I've been taking an unexpected and long break from AsperJosh and been enjoying myself with friends, life and achievements. And recently, it's been dawning on me for a while as to how I can get back to this and how to turn it from a stressful routine and back to the casual and short and sweet style from which it was built upon. Here's a short post about what I've been up to and what I have in store.
Since May (after the best Comic-Con in years), I had some trouble for a couple months over replacing tyres for my car to pass it's MOT. I learnt on my Birthday which is when I had the MOT test, that the tyres needed changing. What started out as a simple changeover using MyTyres, turned into several months of unimaginable complications, stress and delays.
Long story short, one of my Aunt and Uncles helped me go through it all as we tried to change the tyres with embarrassing results of either ordering the wrong tyre sizes through the website's algorithm from finding the right ones via my License plate. Months of patience and eventual full refunds back, have now resolved it all. But it was bl**dy unnecessary and has been a thorn in my side for a while and one of the major reasons I have been preoccupied, thank god it's all over now and we've learnt from out mistakes.

In July, I hit a new low because I had 2 weeks of overtime working, no time for gym and just seeing everything the wrong way when I was with friends and I ended up judging and over-analysing everything that I felt like I was on the edge of everything. The source was because my parents went away on holiday for 2 weeks (which they deserved because they work like Trojans) and since Dad and I work together, it was hard to stay on top but after he returned, we managed to slowly get back to normal.
I spent that whole month enduring nightmares which felt like a symptom of Psychosis, I was suffering nightmares every night of my mind playing tricks on me or showing me unimaginable horror and psychological tricks. So the lack of sleep, made me sensitive to everything and was just so hard to Look on the Bright Side of Life *whistle tune*.
I felt so lost and felt like I wasn't acting like myself and this song summed up how I was feeling but I managed to endure and get back up again after the storm had passed. However after that month, I managed to learn and talk it with them and confirm the root and reasons for it all and I was so reassured to learn that my life didn't suck and this was just a test for me to endure so that things would slowly get back to normal and they have and gotten so so much better that now, I'm back to being the Josh that everybody knows and likes!

Speaking of which, I have had a lot of fun since that stressful July. I've had 2 days out with Comic-Con friends in London, my Facebook Photography page is slowly starting to take off and I'm still achieving more. I've finally been able to finish watermarking my Africa pictures to upload to my page since it marks a year since I went out (and the others and I are looking forward to Kalahari trip for next July!) And let's not forget that we've all been rolling around in ecstasy with Rick and Morty's Season 3 these last few weeks, aye!
And the fact that my Photography has been flourishing in range, instead of being anxious about the weather for Star work, I'm now going out and exploring places to capture that I have passed by. And I've made an event on my page for October's Comic-Con and I have exceeded what I was ever hoping to expect in just how many friends and new people want my services (a landslide in attention). It's made me feel so proud and honoured and I can't wait for that 3 day weekend (I've even booked a hotel so I can stay up and hang out with friends for once, instead of heading home as the sun goes down). 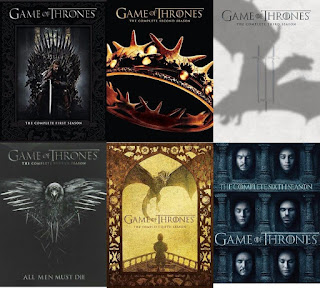 And would you believe it that on the 16th August, I at long last began and have almost caught up with Game Of Thrones!!! And I have LOVED IT! It's been a superb series which has really blown me away by incessant violence, political intrigue and a whole lot of XXX. The characters have been so unique and despite the vibe feeling a bit similar to LOTR, it's just outstandingly different and has a lot to offer over the seasons along with amazing plot-twists, treachery and of course - Dragons!
I think I have put this off for years because I dreaded the thought of having to remember so many names which I did back when I was a teenager when starting LOTR. But as I started, I grew a custom to the plot, houses and recognising heroes and villains and some are just downright ba**ards. Even that word had a significant title to those born without fathers. 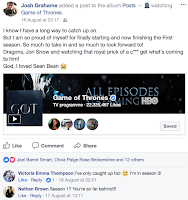 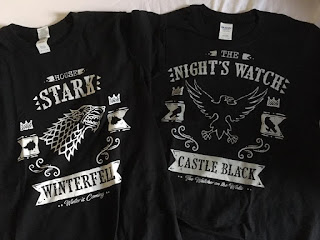 You can easily tell from my two t-shirts which house I belong with (such a treacherous outcome for them) and I miss Neddard Stark since season 1 *sobs*. I belong to The House Of Wolves (and that's not even referencing the BMTH song).
This series is definitely in my top 10 forever and I can't believe it's another 2 years until Season 8 (I'm currently in Season 7 but a mate (questionable) ended up telling me the ending to season 7... not happy with that and I wonder how I'll feel when I see it asap! Best episode so far has to be Battle Of The Ba**ards or The Children.

And lastly, the biggest achievement in a while is not only conquering The NUTS Challenge (I'm writing that up now and condensing it down compared to my super long Tough Mudder posts). But I have learnt on Blogger that I can upload my posts to past dates. This means that I can write up all the things that have been on my mind (over time instead of pressuring myself to hurry up) and I can now program them to upload on a past date instead of being annoyed that this post is months behind or I have to write the real date in the title, ya know.
So this is a huge weight off my shoulders instead of feeling ashamed for having gotten side tracked from writing up the moments and the words I had. But this means I need to find a way to watch a couple important films again quickly if I am to get back into the mood and share with you all.

The moral of this post is for me to explain how I have whole-heartedly been enjoying myself and how it's been a roller-coaster ride these last few months and how hard it is to get back to some things. It's very hard to explain or describe the feeling of realising how I've spent the last 2 years using this blog as a medium to vent out my feelings and failing to subtly call out on some people which some did call me out on to help make me understand that. And I began to understand there are consequences and that deep down, I was feeling hurt this way because of sensitivity from stress, lack of sleep and letting things get to me over the last 2 years.
Which is why Photography has really lifted me up and I've been making effort with people that I sometimes see so that I can start to build more friendships and keep meeting new people and see what happens.

I have some amazing plans coming up soon including:
- Spending a long weekend with my Mum's side of family at Sandy Balls (Southampton) *giggidy* and I'm the photographer for my Nana and Grandad's joint 80th Birthday.
- Returning to the Isle Of Man for Milky Way, Stars and Landscape photography and hopefully capture some ruins as well for the first time.
- Seeing my main man, Jamie to discuss my Photography logo and watermark that he's helping me with. As well as helping me learn to do Portraits better for October's Comic-Con!
- And I'm still waiting on my Tattoo artist to get back to me about getting my inner forearm done hopefully before Con...

So in time my blog will have a couple posts filling in the empty June, July and August months and I'll either be speaking in past or present tense (which can be confusing).
In conclusion, this post is the metaphorical feeling of me slowly getting back up from the dark cell that my mind feels locked in and I flick on the light switch to show I have an idea on how to get back on things and to begin teaching myself that this doesn't need to become a stressful routine, but a casual thing where I'll begin to condense my work now instead of going on and on and on.
Thank you for taking the time to read up on how I've been. And there are loads of good stories to share since I have been a busy Josh, these past few months!
Posted by Josh Grahame at 20:00